Jaana Felicitas studied the art of contemporary dance at the „New York City Danceschool“ in Stuttgart, the „Broadway Dance Center“ in New York City and „Studio Harmonic“ in Paris. She has been working at different theaters in and around Stuttgart for the last 12 years.

Among many projects, she was part of the Contemporary Dance Company „MDC“, touring as an ensemble member of „Die kleine Tierschau“, dancing for the „SWR-Hitparade“ at Schleyer-Halle in Stuttgart and choreographing for the theaterproject „Profugus“.

Working for the team of Topas Magic she finally came in touch with the art of magic and started focussing on that ever since.

With the support of Topas, she is now able to work on her own magical projects, which try to combine both dancing and magic.

Therefore her performance is dominated by movement and music. 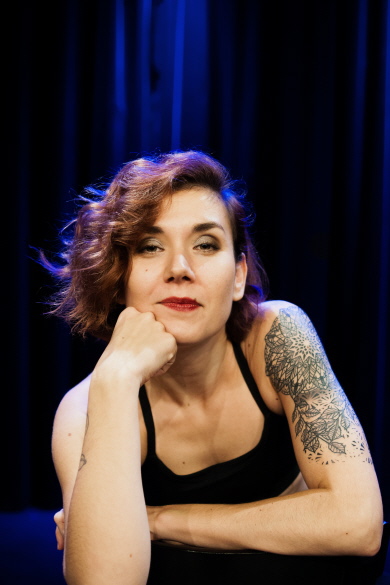